How to prepare children for an unknown future

CHILDREN & the INFINITE GAME is an uplifting and inspiring feature length social impact documentary exploring solutions that exist across the world that are helping children prepare for an uncertain future. The film follows three exceptional children on the threshold of adolescence, through their resilience, courage along with the visionary educators who are working to support children in a world where global warming and unrest are the new normal.

Discover practical solutions that are helping children to flourish. Who has found answers to helping children to thrive in the 21st century? What can stop the ever increasing epidemic of mental health problems? What countries are doing it well, where did they get their inspiration and what lessons can we take forward?

Who are these children, what do they think about growing up in a world of social and economic unrest? What issues are they facing? Told from the perspectives of the children as well as the educators and futurists who are striving to find ways to reconcile past practices with a vision for a positive future. Discover three very diverse schools that are implementing innovative approaches to provide an education for a new era.

There are alarming increases in children experiencing anxiety, stress & depression with suicide being the largest cause of deaths of 15 – 24 year olds. The current concepts of wellbeing and the model of education are not serving our children or their future. Combined with children’s addiction to technology, it has resulted in parents, educators & students feeling bewildered and disempowered.

The film is designed to powerfully counteract this through in-depth accounts of examples of countries and schooling systems that are successfully supporting the wellbeing and resilience of children, along with real life stories of children and families struggling to create a better future. It highlights that we all have a responsibility to act in making children’s wellbeing a priority and that every action, however small, is critical.

Leading educationalist, wellbeing advocates and futurists from around the world share their thoughts and concerns about how children can best thrive in today’s fast changing world.

Some of the experts featured in the film include

Professor Dr. Anne Bamford, OBE, author of the Wow Factor, Global research compendium on the impact of the arts in education. Anne, originally from Tasmania, Australia, is currently is the Strategic Education and Skills Director for the Department of Community & Children’s Services.  Anne oversees 173 schools in London and has transformed the schools through a quality arts rich education initiative.   She is an expert in the international dimension of education and through her research, she has pursued issues of creativity, innovation, social impact and equity and diversity. A World Scholar for UNESCO, Anne has conducted major national impact and evaluation studies for the governments of Denmark, The Netherlands, Belgium, Iceland, Hong Kong, and Norway.

Manish Jain deeply committed to regenerating our diverse knowledge systems and cultural imaginations. He has served for the past 17 years as Coordinator and Co-Founder of Shikshantar: The Peoples’ Institute for Rethinking Education and Development based in Udaipur, India and is co-founder of the Swaraj University, Creativity Adda, Learning Societies Unconference, Walkouts-Walkon network, and Udaipur as a Learning City in India.  He recently helped to launch the Ecoversities Network. He has edited several books on Vimukt Shiksha (liberating learning) on themes such as learning societies, unlearning, gift culture, community media, and tools for deep dialogue.

Prior to this, Manish worked as one of the principal team members of the UNESCO Learning Without Frontiers global initiative. He has also been a consultant to UNICEF, World Bank, USAID in Africa, South Asia and former Soviet Union. Manish also worked as an investment banker with Morgan Stanley. He has been trying to unlearn his Master’s degree in Education from Harvard University and a B.A. in Economics, International Development and Political Philosophy from Brown University.

Dr Peta Stapleton, Australian Psychologist of the Year, 2019, has 20 years experience as a registered Clinical and Health Psychologist in the State of Queensland, Australia and has completed a Bachelor of Arts, Postgraduate Diploma of Professional Psychology and Doctor of Philosophy. She is a member of the APS Clinical College and Health College. She is active in researching the effectiveness of energy psychology techniques for food cravings. Peta has been awarded many honours including the Australian Psychological Society Elaine Dignan Award for research into women’s issues, and the 2014 Harvey Baker Award for excellence in Energy Medicine Research. Prior to her position at Bond University, Peta spent 14 years as an academic for Griffith University.

Christopher Clouder is a freelance and internationally renowned author, teacher, campaigner, speaker and expert on Social and Emotional Education, Creativity and Innovation in Education, Steiner Education, as well as many other educational and cultural subjects. His work challenges a wide range of issues that affect the way our children learn, develop and interact, including areas of play, imagination, cultural evolution and creative learning. He has been a strong advocate in raising awareness about the quality of childhood throughout his career.
With over 35 years experience in education, Christopher’s work has been instrumental in empowering teaching and learning, influencing policy makers and building bridges between educational approaches and aspirations in order to benefit the education and the childhoods of young children around the world.

Pasi Sahlberg is Finnish educator, author and scholar. He has worked as schoolteacher, teacher educator, researcher and policy advisor in Finland and has studied education systems and policies around the world. In his long career in education he has served the World Bank in Washington, DC, the European Commission in Torino, Italy, and the OECD as an education expert. He is an advisor to several governments about education and chairs the Open Society Foundation’s global education advisory board. His recent books include “Finnish Lessons 2.0: What can the world learn from educational change in Finland” (2015) and “FinnishED Leadership: Four Big, Inexpensive Ideas to Transform Education” (2018). His new book with William Doyle is “Let the Children Play: Why More Play Will Save Our Schools and Help Children Thrive” (2019).

Shelley Davidow is an international author and educator. For the past twenty years she has written and taught on five continents in kindergartens, primary schools, secondary schools, a medium security prison in the USA and at universities. Her books include the recently released Raising Stress-Proof Kids (Exisle 2014, Familius, 2015), Whisperings in the Blood (UQP 2016), the Creative Writing textbook Playing with Words (Palgrave Macmillan UK 2016), Fail Brilliantly (Familius 2017) and Shadow Sisters (UQP 2018).

Having lived in Africa, the Middle East, Europe, America and Australia, Shelley is an advocate for social justice, transformative pedagogies and mitigating the effects of stress in the classroom. Her research on stress and children, on teaching literacy through creative writing and on decolonising the classroom through arts form the basis for her professional development courses and guest speaker events around Australia.

Anneli Rautainen is the Head of the Innovation Unit at the Finnish National Agency for Education.

Dr Peta Stapleton has 25 years experience as a registered Clinical & Health Psychologist & is currently an Associate Professor in Psychology at Bond University (Australia). In 2019 she was named Psychologist of the Year by the Australian Allied Health Awards. She is a world leading researcher in EFT (or tapping as it is also known) and has established herself as one of Australia’s leading online Health Professionals.

One of her most significant contributions in her life has been to lead world-first randomized clinical trials investigating the effectiveness of EFT.  Dr. Peta Stapleton runs a series of workshop trainings throughout Australia teaching Allied Health Professionals and Teachers EFT Tapping and is co-founder of Mind Heart Connect, an event which raises awareness of the mind-body connection through evidence based practices. Peta’s latest book is The Science Behind Tapping.

Irmeli Halinen was Head of Curriculum Development for the Finnish National Board of Education 2004 – 206.

Stephen Scheeler, ex CEO Facebook Australia/NZ, discusses how the explosion and teenage suicide and depression has coincided exactly with the rise of social media.

He talks about how “It it’s not a coincidence. It’s causal. We’ve got young minds that are being fed with stuff that’s not healthy for them through social media, but we don’t have the moderating regulation of that…..In the past 20 years we’ve been all leaving little data trails behind us. But we’ve been unaware of those trails. We’re unaware of who is hovering them up with a little vacuum cleaner and we’re unaware of what they’re doing with them.”

Stephen says “we need more voices talking and thinking about this and trying to frame it in a bigger way” That there has to be a another level of moderation that happens before parents have to get involved.

Helena Norberg Hodge is author and co-founder of Local Futures and Producer/Director Economics of Happiness.

Ethan Kent is the co-founder of PlacemakingX.

Placemaking is a multi-faceted approach to the planning, design and management of public spaces. It capitalizes on a local community’s assets, inspiration, and potential, with the intention of creating public spaces that promote people’s health, happiness, and well-being. In this video, Ethan Kent, Executive Director of
Placemaking X based in New York, discusses the importance of placemaking, its process and the need to engage and reconnect chidren with their environment. As placemaking moves beyond the United States and becomes more global, results have shown that when people are involved in the process it leads people to be more invested in, attracted to and connected to their community and built environment. Good placemaking requires a rethink on how we educate.

Tim Gill is an independent researcher, ex CEO Children’s Play Council, UK. Tim believes we have a collective responsibility for shaping childhood and how play has been reduced or in places eliminated in the lives of children.

The young people include 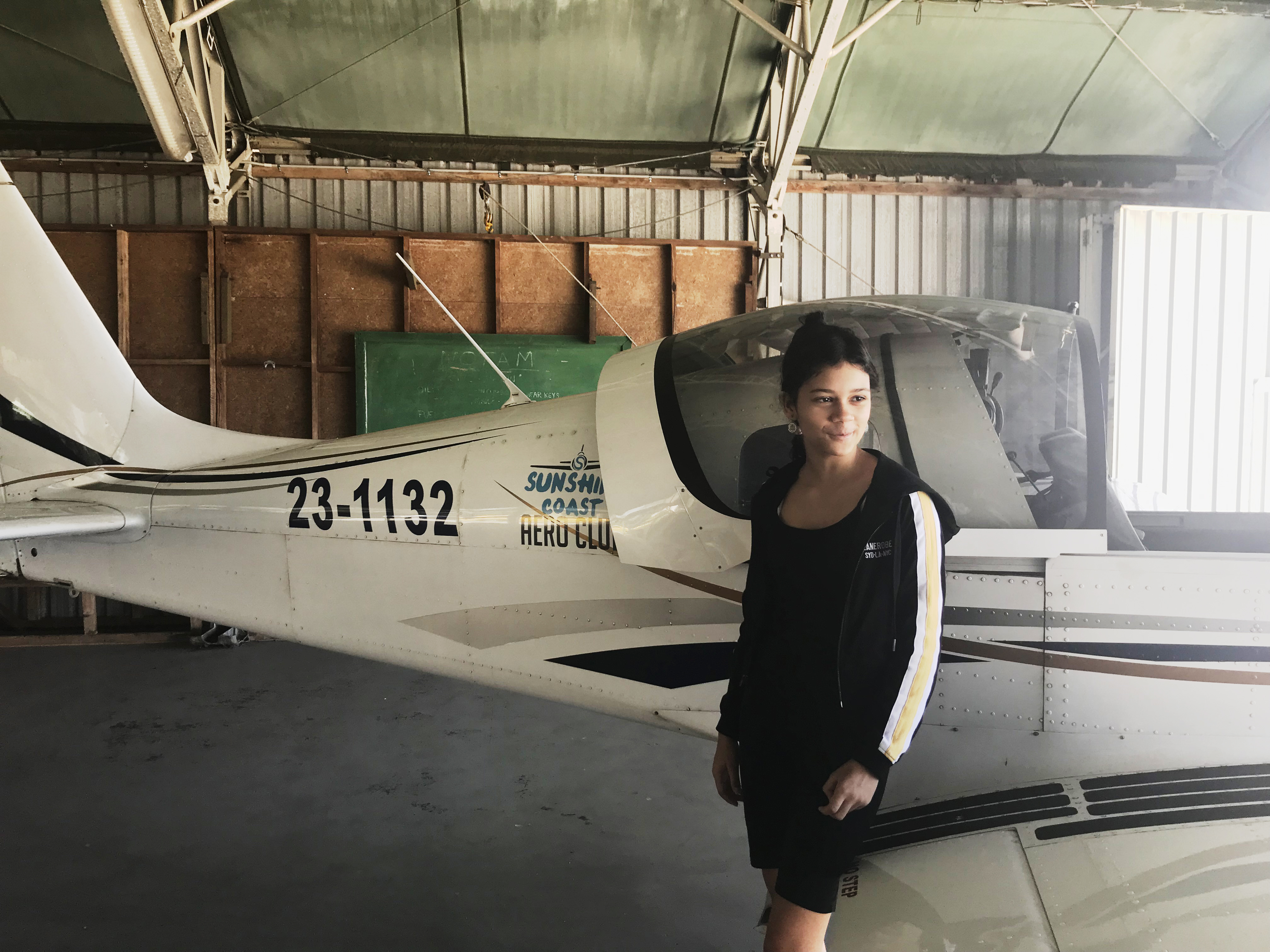 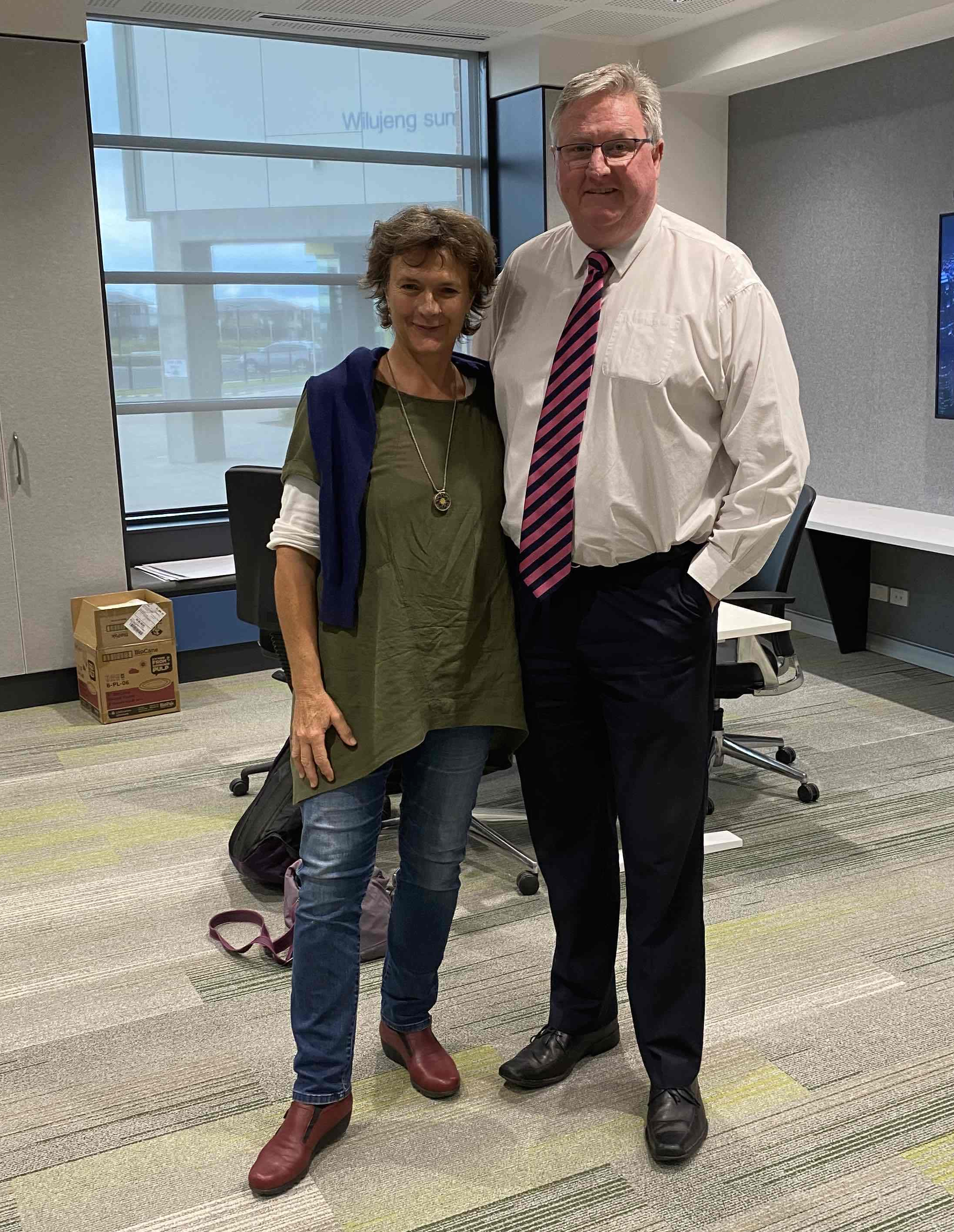 Greg Miller pictured with Jane Hanckel, producer and director, Children & the Infinite Game. Greg is the principal of St Lukes has created a school which aims to provide an alternative to traditional education.

Learning How to Learn

The Shearwater School runs an innovative ‘arts education’ and ‘education through the arts’ program each year called WAVE – Wearable Arts Vision in Education.

All of the high school students, apart from Year 12’s, suspend usual educational studies for three weeks. They design and build sets, organize catering, compose and perform music as well as design and create wearable arts costumes for the show. The process is transformative in it’s whole school approach to learning in which students will work on design and collaboration across a wide range of elements involved in the production. It’s an innovative approach to learning that engages young people to produce an outstanding performance each year.

Parenting as an Art